My first step was to look online for inspiration on what kind of table I was going to make. Overwhelming there is to many designs to choose from , but most are similar like the shaker side table I have already made. The Joinery in this piece is quite similar to the shaker side table that I got online from lost art press. I chose to do something different that I hadn’t made before. Instead of the drawers being pulled out from the front I wanted two long drawers , one on each side. I was planning on making this a drop leaf table at first, with the drawers placed lengthwise of the table, which I did in the frame you see above. I decided to not make this a drop leaf, cause for the purpose this will serve in my house the drop leaf wouldn’t be of much use. Yes I guess I could always use the table somewhere else in the future and make use of it being a drop leaf, but that just gives me another excuse to make another.( hope the wife doesn’t read this)

Once I had the legs all squared and trued, I went on to lay out the taper on the two inside surfaces of all four legs. Before I started to lay this out, I marked my legs on the top so that I accidentally don’t mark the wrong side of the leg and mess thing up throughout marking joinery. ( see pictures below)

Next step was to get rid of the waste. I decided to plane all the waste away with my Lie Nielsen no62 and took as heavy of a cut possible. The band saw or table saw works for this too. It actually goes quite quick with the plane if your used to it and don’t mind a little workout. Also time is important too. if you don’t have it use machines haha.

Legs all tapered and ready for joinery.

The legs can be tapered first and then the joinery can be cut, or joinery first then taper the legs. I always taper them first ,and they don’t move in my work-holding when I chisel the mortises.

Next step which I actually continued about two weeks later since I got sidetracked by a roubo book stand was to prep stock for the sides and ends. Sometimes if I’m not in a rush with a project, I don’t mind to get sidetracked working on other projects, life, or simply reading about the craft, cause it gives me time to think about the project and any changes I might make. Or simply things I might have missed. That’s why a good sketch and a proper drawing with measurements is always key. It also helps to have a plan and goal before the project has even started, but since this is still my hobby, I just go with the flow.

Above are all the pieces ready for the joinery needed for the main frame of the build , but not including the drawer runners etc.

I started the joinery with the legs, since I like to chisel the mortise first then cut the tenons to fit the mortise.

Since the Tenons on the long 5″ wide sides are only 3 7/8″ long, the mortise in the leg starts 1 1/8″ down from the top. It spans 3 7/8″ down and is placed 3/8″ in from the outer visible side. I do like the look of an 1/8″ lip instead of the sides being flush to the legs on the outside. As for the end rails , the top is a half blind dovetail and the bottom is two mortises. Then ends are pretty much the same as the sides, and the mortises also start 3/8″ from the outside, except you have two mortises . I just spaced them 1/4″ in between.

Next I cut the tenons and dovetails ( the half blind dovetail I actually cut first the transferred the marks on the legs) for the sides and end pieces. This is pretty straight forward. I measure the Mortises and if they do measure over 1/4″ wide which was the chisel I used , I just go a little bigger on the tenon. Once the tenons are cut I just use a chisel, router plane or shoulder plane to thin them out to fit the mortises. As for the half blind dovetail, I’m not going to describe how to make one, but I must include if its not perfect, since the rest of the joinery will be draw-bored don’t worry it’ll hold. Of course its always good to strive for perfection.

The tenons on the long side I didn’t even have to touch. As for the bottom rails of the ends, I had to cut the inside one shorter and the outer one had to get mitered, to not interfere with the other tenons from the sides. Once the main frame was dry fit, I added a 3/4″ by 1 1/4″ by 12″ ( 1/4″ half blind dovetail) long pieces in the middle of the top frame as seen in the picture below. The joinery is a sliding dovetail. I added it for extra stability and to act as a drawer stop.

Before I glued this up I went ahead and added 2 mortises to the two upper rails on the ends that later receive cherry buttons to attach the top with. I decided to not go the figure 8 fastener route on this one. Just cause. Also before gluing up I draw-bored all the tenon joint, which is a joint held together by pegs. The holes are drilled in the mortises first, then drilled about 1/32 or so closer to the shoulder on the tenons. This makes the joint tight when the pegs are driven in. The distance closer to the shoulder of the hole drilled for the tenon all depends on the size of the tenon and the project your working on . Below are pictures of after me drilling all the holes on the drill press. These are 1/4″ holes and the pegs are 1/4″ oak dowels from the home center. I used a utility knife to make the ends pointy which make it easier to drive the pegs in without messing up. Thanks for reading, and I hope you got something out of this blog post and enjoyed it. I will be writing the next part once I get further ahead in the build.

View all posts by markustobert 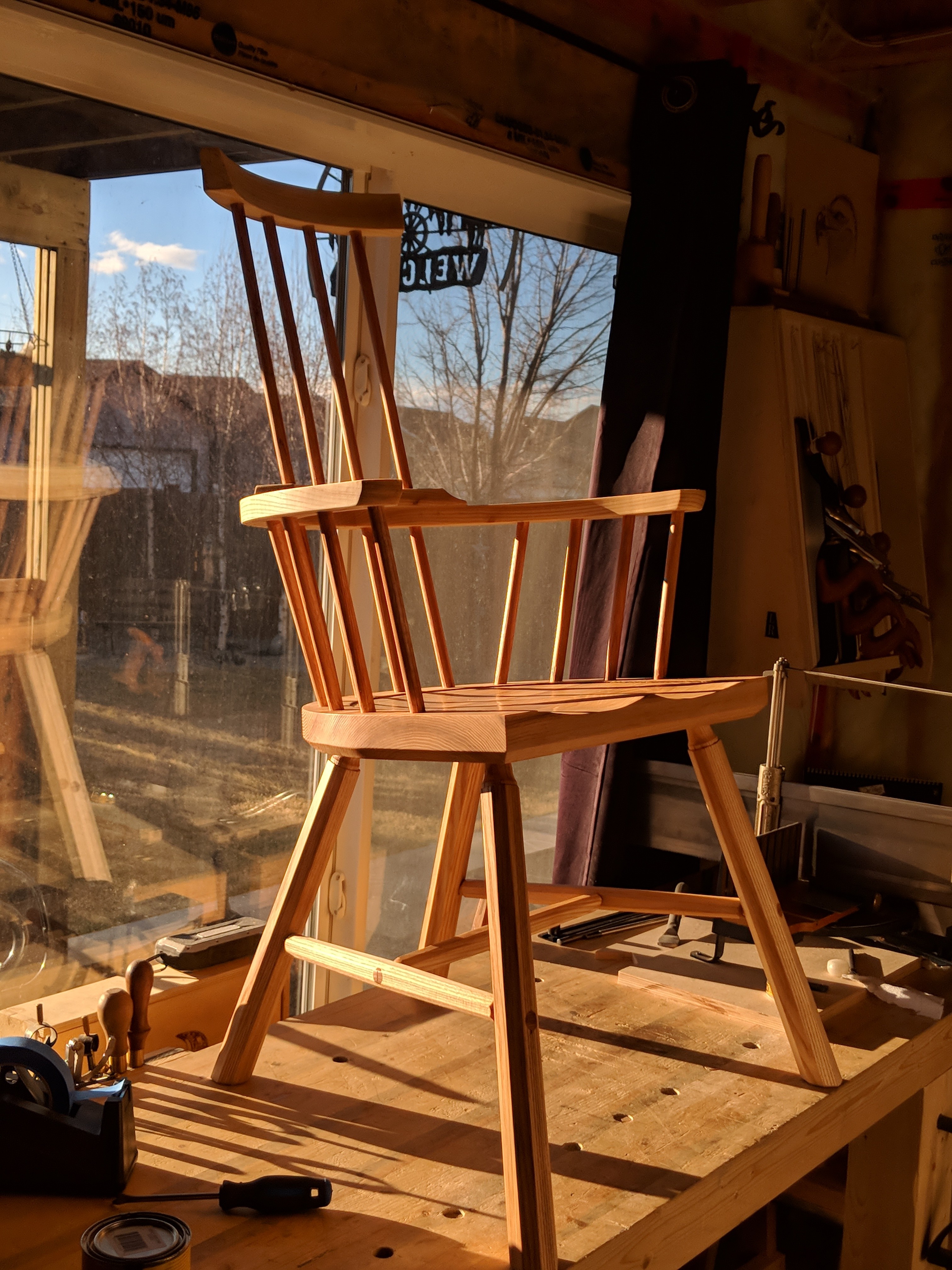